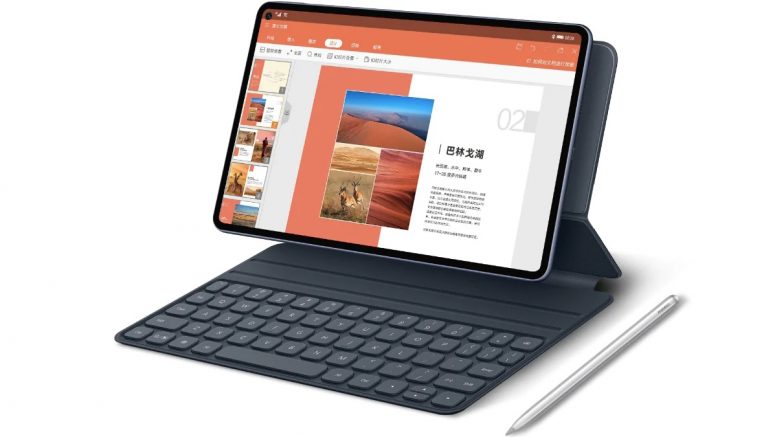 MatePad Pro tablet is deigned and launched in China in multiple colours, along with different RAM and storage configurations. MatePad Pro bears a striking resemblance to the Apple iPad Pro, with the rounded corners and slim bezels.

MatePad Pro highlight features is that it supports wireless and reverse wireless charging, making it the first of its kind for a tablet. While the current models on offer only support LTE, Huawei has confirmed that a 5G version will arrive in Q1 2020.

MatePad Pro measures about 7.2mm in thickness and weighs 460g, its screen size of 10.8 inches diagonally, with DCI-P3 colour gamut and a QHD+ (1600×2560) pixel resolution. MatePad Pro is powered by a Huawei Kirin 990 SoC processor. This tablet supports expandable storage but uses Huawei’s proprietary NM standard and not microSD.

It packs a 13-megapixel rear camera sensor, with an f/1.8 aperture and phase detection autofocus (PDAF). The tablet can record up to 4K resolution videos. In the front, there is an 8-megapixel camera with support for up to 1080p video recording. The MatePad Pro features shooting modes such as slow-motion, timelapse, subject tracking and lots more.

Be the first to comment on "Huawei MatePad Pro With 10.8-Inch QHD+ Display, 7,250mAh Battery Launched"