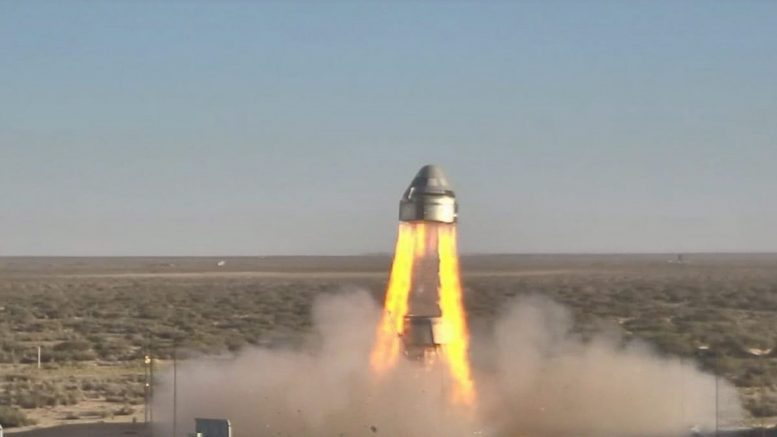 Boeing declared successful its test of the emergency abort system for the spacecraft it’s developing to fly astronauts to the International Space Station.

Boeing declared successful despite of only two of the three main parachutes deployed.

Test came just days after Dennis Muilenburg, Boeing’s CEO, was grilled by members of Congress over the problems the company has had with its 737 Max airplanes, which resulted in two crashes, killing 346 people