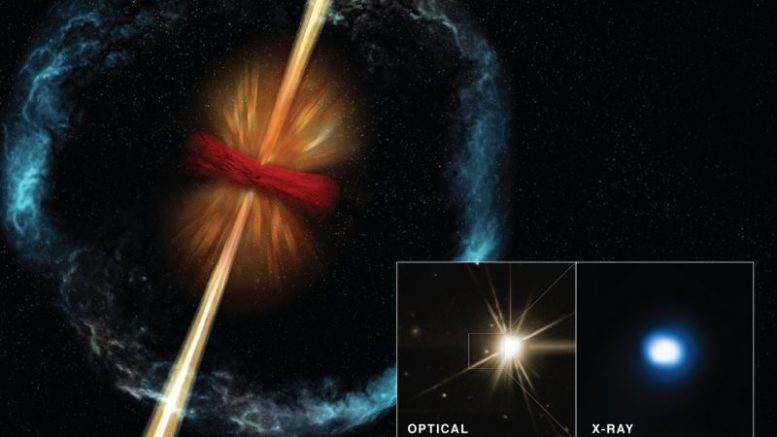 explosion released as much energy in 20 seconds as the Sun does in nearly 10 days.

The X-ray burst, the brightest seen by NICER so far, came from an object named “J1808”. “J1808” is located about 11,000 light-years away in the constellation Sagittarius.

Astronomers employ a concept called the “Eddington limit”, named after English astrophysicist Sir Arthur Eddington, to describe the maximum radiation intensity a star can have before that radiation causes the star to expand.