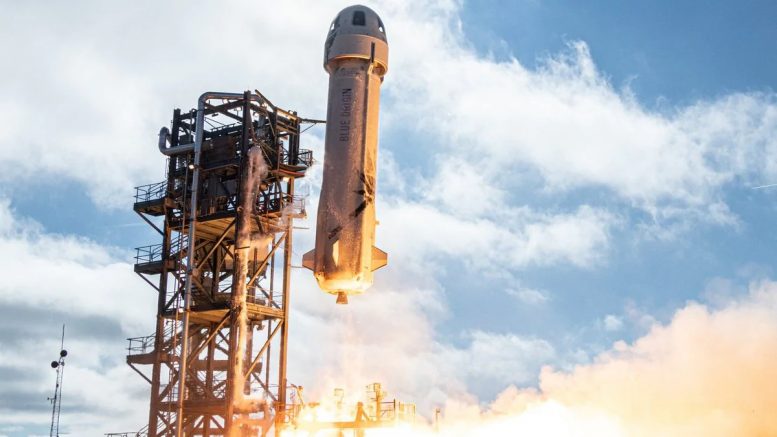 The 60-foot-long (18-meter) suborbital rocket reached an altitude of 65 miles (105 kilometers), crossing the internationally recognized boundary of space known as the Karman line. The rockets, tested since 2015, are re-usable, unlike those from the early spaceflight era.

This rocket had already completed five previous launches. As per previous information, Jeff Bezos’s Blue Origin had targeted late 2019 for its first flights with passengers on board, but now December 2019 is about to end and the goal looks impossible for this year.